Designer Miuccia Prada created Miu Miu as a platform to explore the edges of fashion, to follow whims, to be light and thoughtful and intelligently frivolous. The Miu Miu woman fully embodies the rich complexity of that vision. The first Miu Miu Eau de Parfum evoked feminine youth, freedom, and a touch of rebellion. It perfectly captured the Miu Miu woman: blunt and coy, playful and rebellious, timeless in her sense of adventure.

In Miu Miu L’Eau Bleue, the next iteration in the Miu Miu fragrance family, perfumer Daniela Andrier evokes a specific moment that we all share: that yearly experience when, seemingly out of nowhere, you realize that spring has arrived. The sensation is so slight, so delicate, it can hardly be codified. It’s a feeling that is carried on a wisp of air. You can be anywhere when it touches you: in bed with the window open to the dawn air, speeding along a country highway with the sun on your face, walking on a late night city street after a heavy rain, barefoot in the too-cool morning grass of a damp garden. 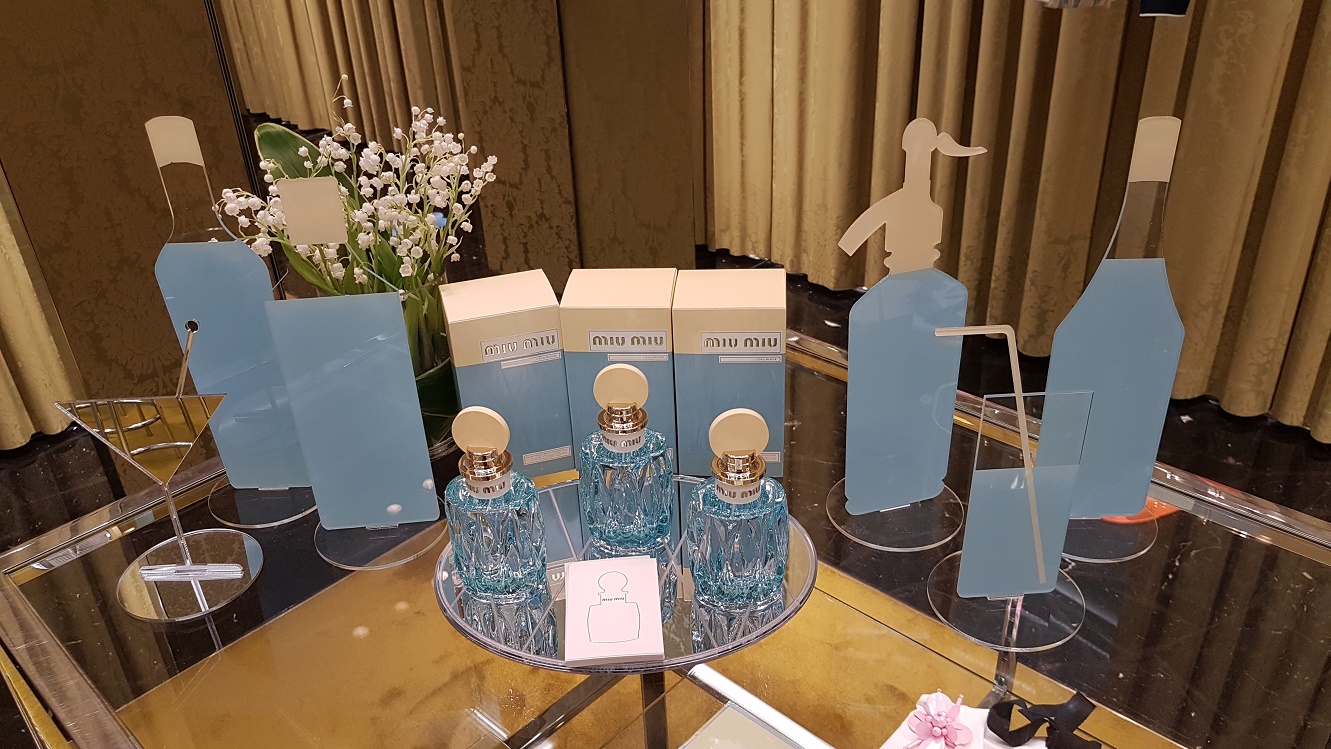 That sensation of arrival, despite its subtle messenger, is almost overwhelming because it evokes not just the single moment but every moment, of every spring awakening, of your life. That lush scent of a fresh flower, the delicate lily of the valley, tamped down by a glistening sparkle of dew. The water on the almost-florescent green foliage dampens your eyelashes as you press your face into the bouquet. In the background there’s the most transparent twinge of honeysuckle. And then another essence fills the moment: it’s the deep, humid, essential richness of the earth just as it sheds the dormancy of winter. Earth as it comes alive with depth and spice. That’s the Akigalawood® rising up with almost limitless fecundity.

The power of a fragrance is that it locates something is stirring inside: a sense of beginning, of starting fresh, of possibility, of hope, of rebirth. Its the shaking off of what was and the deep, un-nameable tingle of excitement for everything that could be. This is what a scent does, it touches something we forgot. And that touch ignites so much more than an olfactory sensation, it triggers, in a single second, a whole experience.

That scintillating effervescence of early spring is the essence of the Miu Miu L’Eau Bleue experience. Following on from Miu Miu’s signature matelassé bottle, the Miu Miu L’Eau Bleue revisits the iconic blue but in a glittering transparent glass – glinting light refracts through the faceted glass, flirting with its surroundings, adding reflection. The glittering glass is topped off with an evocative yellow pastel disk reminiscent of the radiant Miu Miu girl. The surprise is contained in an elegant blue folding box, a gift waiting to be opened. 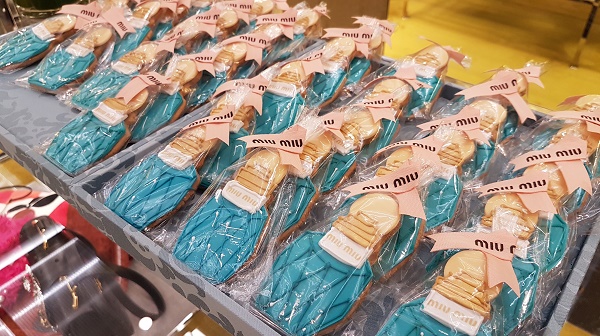 Swiss watchmaker Mido furthered its expansion into the Middle East region, with the official inauguration of its store at the Dubai Mall on September 26, 2018, also marking its 100th year […]